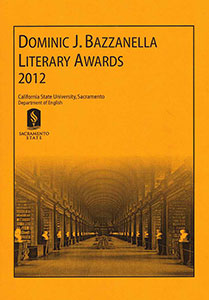 (1) Second Place Prize, Critical Analysis, for “‘Me and Bonaparte Are Chums’: Postcolonial Hybridity in Frank o’Connor’s ‘Guests of the Nation’”

In the pantheon of Irish writers, Frank O’Connor is most often remembered for his storytelling voice.  Thomas Flanagan’s elegiac obituary in The Kenyon Review confirms that “the narrator’s voice was at the exact center of his own art” (450).  But Flanagan also presents a darker side of O’Connor’s talent—he explains that O’Connor’s writing reveals an alienation from the subjects he so clearly loved: priests, patriots, and freedom fighters (454).  In his youth, O’Connor was one of those freedom fighters.  As William Tomory notes, O’Connor joined the Irish Republican Army when it took up arms against another paramilitary group known as the Free Staters, a group composed of Irishmen willing to accept an oath of allegiance to England in return for home rule.  The IRA—and, at the time, O’Connor—was unwilling to accept the oath.  The Free Staters captured O’Connor and held him as a prisoner of war.  When O’Connor refused to join an IRA hunger strike, his comrades labeled him a traitor to the cause.  After the civil war ended, his friends and neighbors shamed him for refusing to accept the cult of martyrdom embraced by his fellow IRA soldiers.  Tomory describes O’Connor’s post-war life as “a record of his increasing alienation from his countrymen and their ways” (26).  One of O’Connor’s most famous short stories, “Guests of the Nation,” depicts a disillusionment similar to the one he personally experienced.

“Guests of the Nation,” first published in 1931, is set in an indeterminate time between 1919 and 1921, when the English and Irish fought an intermittent guerilla war to determine who would ultimately govern Ireland.  The narrator, Bonaparte, is part of a small Irish rebel group guarding two English prisoners named Belcher and Hawkins.  The rebel group also includes Noble, Bonaparte’s friend, and Jeremiah Donovan, their leader.  The men are all boarded in the Irish countryside in an old woman’s farmhouse.  In the process of guarding the Englishmen, Bonaparte and Noble get to know them and the four men become friends.  But when Jeremiah Donovan learns that the nearby English army has executed four Irish hostages, he orders Bonaparte and Noble to kill Belcher and Hawkins in retaliation.  Bonaparte participates in the killings—but at tremendous personal cost.  As the story ends, he feels his humanity slipping away, dissolved by the horrible deed he has chosen to commit.

The dog lay on his side in front of the fireplace, legs extended and toes pointed. He twitched in his sleep, deep tectonic movements that jolted his entire body. He snored through them and drooled onto the rug.

Lucy envied him. The heat from the enormous stone fireplace threatened to dissolve the last shreds of her consciousness. She’d been moving for so long she’d forgotten what it felt like to sit still. Jet lag and the aftereffects of her typhoid vaccine had turned her eyelids into anvils.

“Patricia and Richard will be here soon,” Edie said, with an accent as feathered and faint as her lipstick. She handed Lucy a glass of whiskey and water. “This will help settle your stomach.”

The alcohol stomped on Lucy’s tongue like an angry tap dancer. She swallowed the beat, hoping those pissed-off feet would kick some sense into her. She was in Africa. She had a job to do. She could not journey to one of the farthest corners of the globe and greet it by falling asleep on the floor like a dog. “Thank you,” she said.

A flash of headlights shone through the front window. Lucy turned her head away, watching the light streak across the framed artwork on the wall. Cut silhouettes of fleshy faces and shoulders, colored pencil sketches of flowers, maps of the Njoro River basin, photos of big game hunters on safari—Lucy’s eyes glossed over them as she translated the meaning behind the lights. A car in the driveway. Cars carried people. The dinner guests had arrived.

Later published in: Gargoyle
Written in: 2011