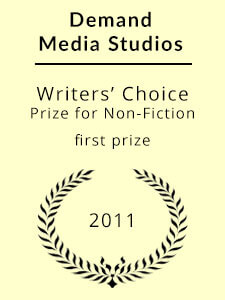 I ignored the first warning sign. It happens to everyone, I thought. Your body just changes as it gets older. I slid the dress back down below my hips, the unclosable zipper hanging open like a gaping wound.

The second warning was harder to ignore. During my yearly check-up, the nurse put me on a scale. I blinked twice when I saw the result. I was 32 years old, 5 feet 4 inches tall, 137 pounds and in the worst shape of my life.

My doctor gave me a lecture. Ten more pounds, she said, and I would be classified as overweight according to the Body Mass Index scale. Your BMI, she explained, is a statistical comparison of your height and weight to those of the general public; it classifies you as normal, overweight or obese. My number, 23.5, was at the high end of “normal” and she ordered me to do something about it.

When I got home, I took a hard look at myself in the mirror. Who was this tired woman with rolls around her midsection and thighs that bore the seam imprints of her pants? I thought about the magazines and television programs geared toward weight loss. I’d never felt they were talking to me. I wasn’t obese. I didn’t eat fast food every day. I went for the occasional jog or bike ride. It’s not enough, a voice inside me said. You feel terrible. You have no energy. You can’t zip up your favorite dress. It’s time to make a change.