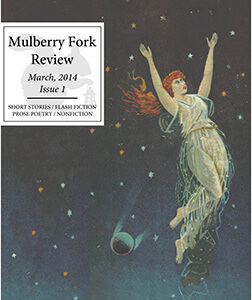 There is no gentle beginning here. No one named Ishmael, no truth universally acknowledged, no moocow, no bright cold day in April. It was January, after all. A brittle month, harsh with cold and wet with muddied rainwater. Inside, the metal heating grate struggled to keep up with our need for warmth, creaking and clanging in a stutter-stepped staccato, the sound of Vulcan hammering lightning bolts with an arthritic shoulder. Starless gray skies showed us the inner eyelids of a god who had dozed off.

I think he got tired of waiting for something to happen.

We lived on the second story, with a balcony that overlooked the pool. Yan, Silvya, and I shared a two-bedroom apartment numbered 285. Angie and Holly lived across the pool, in a one-bedroom apartment numbered 269. We shouted to each other instead of using the phone and gave our neighbors nicknames so we could talk about them without them knowing it.

Yan and Silvya shared one bedroom while I inhabited the second bedroom, alone. When we moved in, Silvya went to Ace Hardware and asked for one nail; she wanted to hang a crucifix over her bed. They gave her the nail for free. Yan slept in faded black-and-white flannel pajama pants and a Felix the Cat sweatshirt, which she folded with military precision and placed at the foot of her bed, ratty slippers on the floor in prime slip-on position. I covered our walls with John William Waterhouse posters and fumed the night I realized someone had taken a silver pen and drawn nipples onto all the nymphs surrounding Hylas.

From our windows, we could wave to Casey, the Star Trek fan across the pool with a life-size Spock cut-out staring out the sliding glass door. He made friends with us by tossing Otter Pops down to the poolside chairs we’d claimed as our personal study space. He asked our advice on how to impress a girl in his chemistry class, but none of us had ever had a real boyfriend. Yan kissed a guy she met on IRC freshman year, and I made out with a Jewish boy who’d been on MTV’s “Singled Out.”

As far as Casey was concerned, we were no help at all.