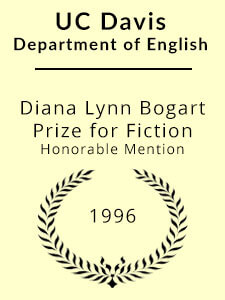 The deep violet and vibrant gold of the pansies brought no cheer to the black gravestone. Even as she placed them over the unsettled earth, recently dug up to embrace her brother and his dreams, she wished summer would come so the wildflowers would lighten the dreary gray-black of the heavy stone cross. It was so final. There was no arguing with something so solid and so there. Her pansies rested limply on the ochre-brown dirt and did nothing to change the horrible cross into something she could forgive. The ornate Celtic carvings on it entwined in undecipherable meshes of vines, leaves, and fairies. Funny, she thought. Her brother didn’t believe in fairies. He didn’t believe in anything but the loamy Irish soil that had swallowed him up, possessing him as firmly in death as it had in life.

“Kilian O’Shaughnessy,” she read out loud, the letters barely distinguishable between two cavorting nymphs. “Born eighteen ninety-two. Died nineteen sixteen. Killed fighting for Allied Forces at the Marne.” The sorrow in her voice was a rushing brook dammed in one spot, pushing and straining to pass, but its release came only in small but steady amounts. “Oh, God, Kilian…why couldna you have believed in the sky or the ocean instead of the earth?”

A rush of tears burst forth from the dam, thickening her voice with pain and rage. She closed her eyes and felt the oval drops trace parallel lines on her cheeks. They fell off her face onto the red Irish soil Kilian loved so much. Something in her responded to the smell of the dirt and the salt in the wind from the ocean making her wish desperately that Kilian had lived, if only to explain to her why this land had such a hold over everyone that lived there. Deep sobs rose from her stomach, raging against the injustice of her brother’s death.

They muffled the noise of the second person shuffling up the hill.