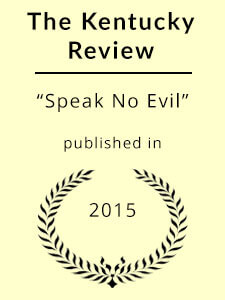 The strip of bleached sand between rock and water stretched further than his eye could see, narrow as a child’s spine. Wind-born waves bounced on the water’s surface, their foamy peaks rising and falling in pale-necked marionette nods. Even the bleak night sky glowed white, lit by an oblong moon leaking a fog of celestial vitreous.

The ranger’s cabin was three miles away, over the lip of the next canyon.

The man would see nothing, even if he were awake.

A rope of thorny scrub knotted itself around the lake’s forty-mile shore. He wondered how deep beneath its basin their twisted roots must lie, how tightly they squeezed in years that failed to provide enough rain. Could those roots feel the churning pulse of the water above as they sought out the cracks in those giant sheets of slate? When they knocked at the rock-lined lake bottom and crept through those cracks to drink from its depths, were they content with the first cold sips? Or did it only make them long for more?

He knew what his answer would be.

Appeared in: The Kentucky Review
Published in: 2015 (digital); 2016 (print)
Publication no longer active; if you want to read the whole piece, just drop me a line via my contact form.

Speak No Evil was last modified: October 6th, 2019 by Jenni