the depths of love are the origins of revenge

“…one of the most compelling, timely books I have encountered.” – Bibliophile’s Retreat 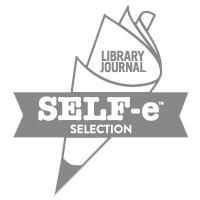 Honor student Emma West knows more about galvanic cell diagrams than guns. College is the only way out of her gang-ridden hometown, but her parents can’t afford it.

When her unemployed dad lands a job as a census taker, things start looking up. But he’s sent deep into East Malo Verde, where gang members rule the streets and fear anyone with a badge who knocks on doors. One night, a gang member mistakes him for a cop and beats him savagely, leaving him for dead.

Her best friends, her mom, and the detective assigned to the case try to convince her to focus on school. But school won’t prepare her for a world that ignores a crime against a good man. Emma must decide what’s more important: doing what’s expected, or doing what she feels is right, even if it leads her down a dark and dangerous path of revenge. Even if it plunges her into the heart of the gang violence threatening to tear her family apart.

The Red Road is about a girl in turmoil, coming of age as she discovers the depths — and the limits — of friendship, first love, and the bond between parents and their children.

She met his gaze, so firmly focused on her face. He didn’t see the same things she did: the scars left by volcanic zits, the cowlick in the middle of her forehead, the purple bags under her lower lashes. His eyes never flicked to the opposite side of the room, the way Rachel’s did when Emma said something that bored her. He saw her, the deepest part lodged in the marrow of her bones, the part still trying to resist entropy.

I never went to the prom.

I never tried out for a sports team. I was the nerdy kid everyone else called when they forgot to write down the math homework. To top it off, I had a bad perm, glasses, and braces – the early ’90s dork trifecta. In other words, high school pretty much sucked for me. So you can imagine how fun it was to revisit those days as a 37-year-old writer working on The Red Road, a novel about a junior in high school who gets caught up in gang violence.

This book was the most difficult thing I’ve ever written.

I wasn’t very nice to any of the characters, especially the ones based on my own family. It’s very different from my previous books (a thriller, a mystery, romantic suspense, a vampire book). So why the change?

This book is my Little Women. If you’ve read that book or seen the movie adaptation, you know what I mean. Jo loves writing fantastical tales of mistaken identity, kidnap, and disguise…but they’re not what get published. In the end, when Friedrich tells her to look inside her heart and write what’s there, the story of her own family is what comes out. That’s what The Red Road is for me.

If you read it and liked it, I’d love to hear from you. Thank you so much for opening your heart to Em and her family. I’m happy to report that my family didn’t disown me after reading it. They’ve been so supportive and amazing – so here’s a picture of me and my dad to celebrate.

Suddenly, she understood why school had to be completed while you were young. When you grew up and had real problems to deal with, there was no way you’d tolerate being asked to graph a function. People were hungry and hurt and dying everywhere in the world, and some stupid college thought it was important that she understand when the limit would approach zero.

The Red Road on a World Tour

This book has gotten so much support from friends, family, and the people I work with. The gentleman who owns the company I work for took copies when he and his wife traveled to Antarctica – and now I can say The Red Road is the best-selling book in Antarctica!

I’m so lucky that this book touched so many people. Thank you to all the readers and reviewers who let Em and her family into their lives.

She looked down at her feet, bathed in moonlight from the far window. That window was shaped with a rectangle on the bottom and a half-circle on top: two basic shapes used to create a new one. She thought that maybe their lives could be like that. The shape of before was the rectangle, no different from any other window. The half-circle was after, a cautious shape, smaller and bent inward.

They both let in light. And they could both be broken by the same rock.

How far would you go to avenge someone you love?