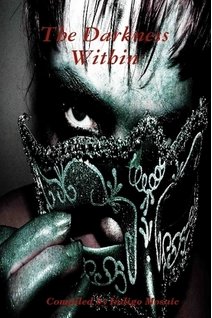 Blood of Lilies, Blood of Lambs

Natalie Brandon was diagnosed with schizophrenia as a child. Now, as an adult, her hallucination, an angel named Belial, guides her to a forgotten church in the middle of Paris. There, before a centuries-old blood shrine, her fate intertwines with what happened there more than 200 years ago.

She found the shrine in a room labeled “Rangement,” just as Belial had said she would. Narrow and rectangular, it was shorter than she expected, rising only to her chest.  Someone had painted it the color of eggshells, as if its contents were being incubated.  The shrine was protected by a single pane of glass and a tiny keyhole.

On its left sat a framed etching of a woman with a triangular face wrapped in a black nun’s wimple.  La Rev. Mere Thérèse Camille de Soyecourt, according to the inscription.  A second frame sat on the shrine’s right side, its contents facing the wall.  Frayed wires looped above the frames, indicating they had both been hung at one time.

A grayed sculpture of the Madonna and Child kept watch from the corner, the Virgin missing her right arm and the Christ child missing his left arm below the shoulder and his tiny right foot.  Angry white gashes drew her eye to the places where the plaster had broken.  Who, she wondered, had use for the foot of a Christ child?  Surely a Virgin’s right hand could be no more helpful.

On top of the shrine, someone had placed a slender tree branch, its elliptical leaves painted white.  It’s an offering, she thought.  Natalie Brandon pulled out three strands of long brown hair and dropped them onto the floor.

She knelt in front of the shrine and saw her features reflected in the glass.  Her first instinct was to break it, break all of it, break the glass and use the pieces to break the skin that held her broken soul together.  But that wasn’t what Belial had asked her to do.

Look at it, little one.  I have something to show you.

She looked past the glass at the contents of the shrine: a piece of ugly ochre stone.  Four deep black cracks fissured the stone’s surface, one horizontally and three vertically.  Near the top of the stone, two deep gouges revealed layers of mud-colored stone beneath.  The gouges were longer than her fingers and about as wide.  Beneath them trailed rivulets of dried blood, waterfalls that ran from abdomen level to the floor in parallel lines.  Without touching it, she felt cold.

Do you understand now, little one?

Perhaps you need me to show you?

The angel flicked his wings and fire-bright bolts of pain exploded behind her eyes.  Natalie gritted her teeth and bent her head to her knees, waiting for the pain to subside.  Spots danced over her field of vision, floating past her like waltzing mushroom caps.  It was Belial, pressing on her optic nerve.

She held herself rigid, willing her body to let go of the pain.  A drop of sweat rolled into her eye and stung it with salt.  She closed it and wiped her forehead with her hand, but when she opened her eyes, everything had gone black.  “Not now, Belial,” she whispered.  “Please, not now.”

The angel didn’t answer her.

Natalie splayed her hands and reached out blindly.  She felt the surface of the shrine beneath her fingertips, cold glass and slick paint.  She moved her hands to the right, feeling for the textured surface of the wall.  Moving one hand after the other, she telegraphed her way through the room.

Where do you think you’re going, little one?  Do you think I can’t see you?

She ignored him.  Feeling the edge of the door frame, she groped her way to the right until the doorknob slipped into her palm.  She opened it and stumbled out into the corridor.

Appeared in: The Darkness Within
Published in: 2012

“…car chases, treasure, mystery, and romance. And I absolutely loved it.”
– Amazon Reviewer